Beer brewer Grolsch is saying goodbye to the cardboard festival carrier tray and is switching entirely to reusable carrier trays made from recycled plastic. With the introduction of the circular tray for festivals and events, Grolsch wants to contribute to reducing the amount of waste at festivals, maximizing circular packaging and creating sustainable awareness among festival visitors.

The brewer started using circular drinking cups at festivals in 2018. Following this, testing of reusable carrier trays started in 2019, including at the Zwarte Cross. Grolsch is expected to switch 100% to the sustainable and reusable carrier tray from January 2022. Initially, we would have switched to the new carrier trays earlier, but due to COVID-19 almost all festivals were cancelled. Our cardboard stocks are starting to run out and the alternative developed by Grolsch appears to work well in practice, both our partners and festival visitors are enthusiastic,' says Tom Huijskes, Marketing Operations Manager at Royal Grolsch. So now it is really time to make the switch. We use about 40,000 kilos of cardboard for the cardboard trays every year. That's easily 132 adult trees every year!

Creating awareness
The festival grounds and the marquee will be considerably cleaner thanks to the use of these trays. An important effect of the reusable tray is that visitors will drop far fewer cups during an event if the floor is not already littered with cardboard trays. Hopefully the use of reusable trays also contributes to the awareness among festival visitors to throw away less waste and to hand in more plastic for recycling'.

Recycled Grolsch crates
The carrying trays are made of recycled Grolsch crates and are suitable for five drinking cups. The festival visitor can easily keep the tray in his or her pocket during the festival, to use it more often. Festival organizers get to borrow Grolsch's reusable carrier trays, which means that the cost to the event is lower than in the case of cardboard. The trays are issued through the festival bars in exchange for a token and are collected again afterwards.

Grolsch has been conducting an active sustainability policy for years. One of its six spearheads in this area is to maximize circular packaging. With the introduction of the reusable festival tray, the Enschede brewer is taking another beautiful, sustainable step. The brewer also expects to switch completely to Recyclable PET cups in the near future. Various trials are currently running around the collection and recycling of these. 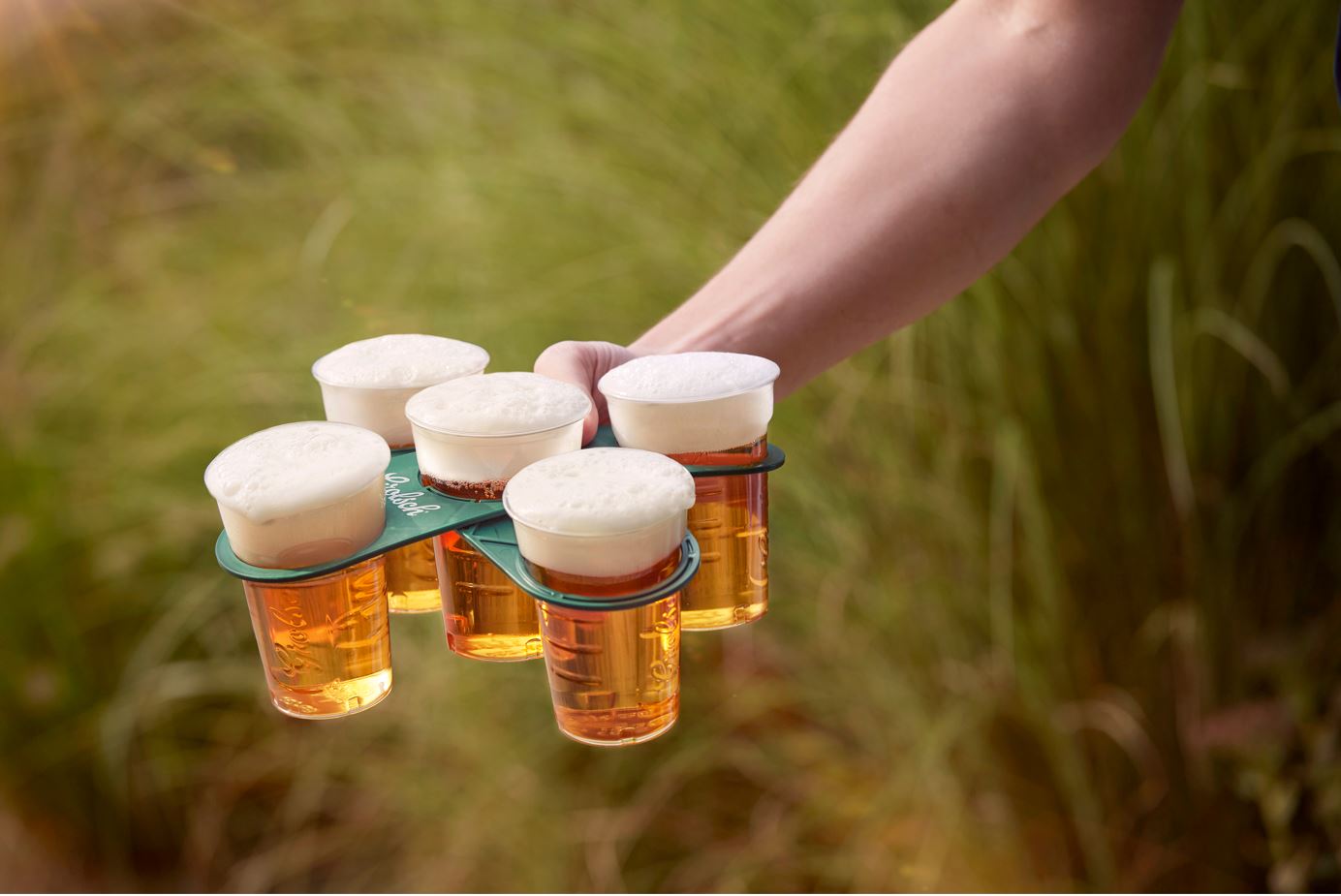