Knowing how to stimulate Social and Economic Growth? Read it in our SCSR report.

Manager CSI & Corporate Events
"We support many projects initiatives and associations in the region. More and more, Grolsch is committed to a sustainable living environment on various fronts."

In the coming years, we will further promote diversity and inclusiveness in our workplace. We believe that everyone deserves equal treatment and support regardless of gender, age, ethnicity, sexual orientation, socio-economic background, religion, political belief or disability. The well-being of our employees is central to everything we do. But we also care about our environment, which is why we invest in social initiatives in our region.

Result
Three projects received a contribution from the Grolsch Craftsmanship is Mastery Fund: Sneaker Factory, SV Grol and Blindsight Mobility. The Pak An Foundation received 62 applications, of which 34 projects received support from Grolsch.

Objective
Continued activation and communication of involvement in regional social projects
Result
We financed five solar panels for the Voedselbank Enschede-Haaksbergen. Stichting Skik received a donation in the form of a batch of crown caps (proceeds from scrap metal).

Objective
Effecting a culture change, with health and mental well-being serving as drivers of performance and engageme
Result
We have implemented a flexible working policy to promote a better work-life balance. Home workstations have been installed with knowledge workers for good ergonomics.

Objective
Promoting an inclusive and progressive culture: 50% of new hires in senior positions are women
Result
Achieved, of all G+ job assumptions, 50% were women.

Objective
Integrated approach for leadership development at all levels
Result
By 2021, about 50 managers will have been trained. This will be further rolled out in 2022, for other managers within Grolsch, DKD and France

Jaap Hulshof, Sponsoring & Corporate Events Manager - Royal Grolsch“Sustainability, in the broadest sense of the word, is of paramount importance to Grolsch. The environment may be the first thing that springs to mind when you think about sustainability in business, but it also involves paying attention to people, society and your local surroundings. For Grolsch, the region is incredibly important. We have many loyal fans here, the vast majority of our employees live here, and we make sure that we have good relations with our neighbours. Our social involvement is not always equally visible to everyone, but it doesn’t have to be. Fortunately, more and more people are noticing that Grolsch has committed itself to a sustainable living environment in myriad ways. I’m proud of that and we’ll happily continue to do so in the future.”

Anoukh van Baggum, Work & Health Consultant - TIGRA Twente“I’ve been involved with Grolsch as a consultant for many years now. I know the company as an organisation with True Character; the people there are committed, passionate and proud of the brand they work for. In today’s day and age, it is important for companies to develop more specific, detailed plans with regard to Sustainable Employability: How do I keep my employees healthy and happy until they retire? At Grolsch, I have seen various initiatives arise that share the goal of boosting and maintaining employees’ sustainable employability. Grolsch emphasises the entire ‘House of Work Ability’, which, as a consultant, I can only be extremely pleased with."

Jorieke Adolfsen, Project Groenwater initiator - Winner Grolsch Craftmanship is Mastery Fund 2020
"In 2020, we applied for the Grolsch Craftsmanship is Mastery Fund with our green resource system. The green source system is a water-saving and purifying system that is also an artificial grass football pitch. What we really like is how the cooperation with Grolsch brings out our equal values so well: circularity, sustainability and social welfare. Our collaboration with Grolsch has opened new doors. Sustainable development is becoming increasingly important, even in urban areas. Partly thanks to Grolsch, we can now start laying the first green space system in Europe. Together, we are committed to a sustainable and circular Twente, and thus to a more sustainable world." 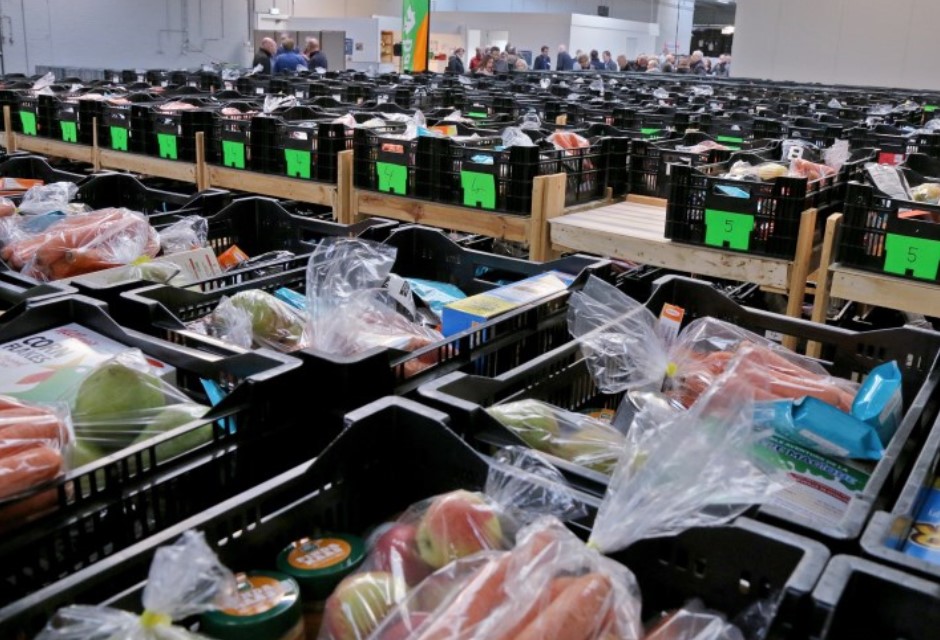 Christmas boxes for the Voedselbank

Christmas boxes for the Voedselbank

Throwing food away is such a waste! That is why each year we donate our leftover Christmas hampers to Voedselbank Enschede-Haaksbergen (local food aid organization). It is nice to be able to make a modest contribution in this way to the important work that the Voedselbank does: providing direct food aid to people who are temporarily unable to help themselves, and preventing food from being wasted. 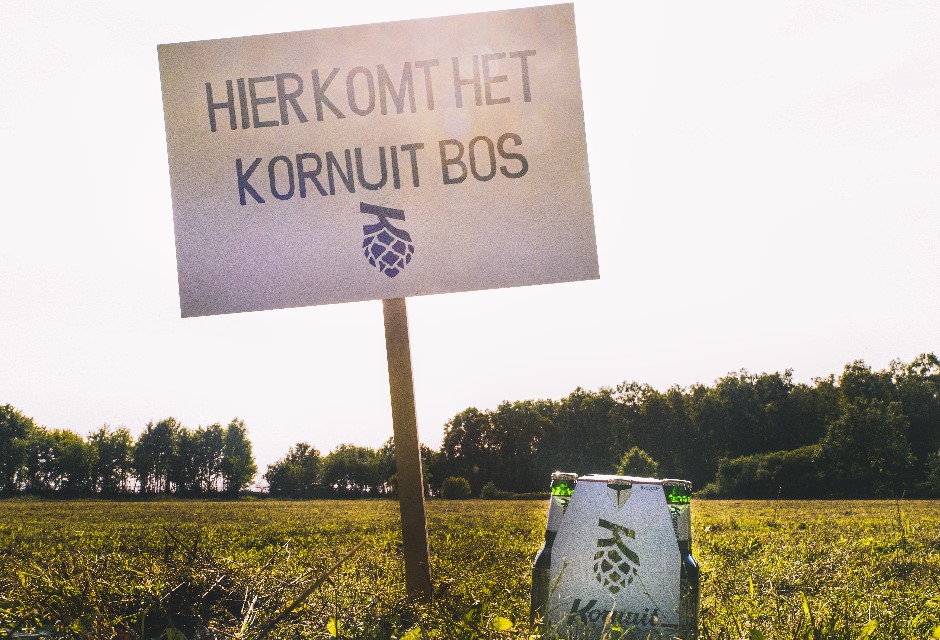 Royal Grolsch has been associated with Landschap Overijssel as a 'company friend' for years now. Earlier this year, this companionship led to the idea of jointly planting a forest: The Futureproof Kornuit Forest. This forest contains various tree species that are able to cope well with the changing climate. By planting these trees we are compensating our CO2 emissions, and together with Landschap Overijssel we are drawing attention to the topics of biodiversity and the climate. A beautiful (green) example of what can happen when organizations join forces! 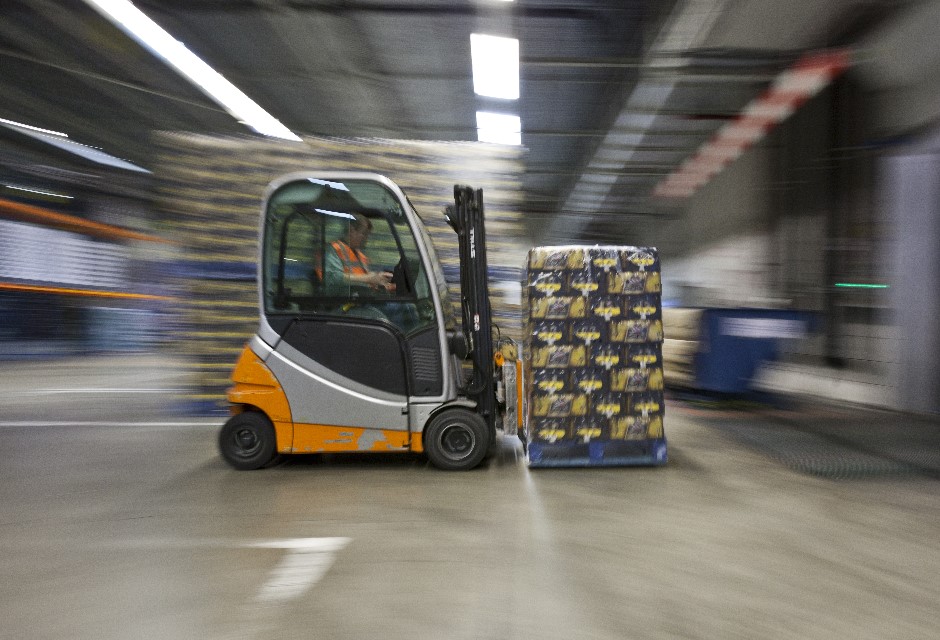 Health and safety are our number one priorities. That is why we want to further improve safety and health awareness throughout our company. We are going to pay attention to this in various ways in the coming years. In 2020, we started an internal safety campaign, with colleagues in the leading role. In various places, colleagues explain what safety means to them and call on one another to work safely as well. Our goal? For everyone to come home safe and sound after a day's work! 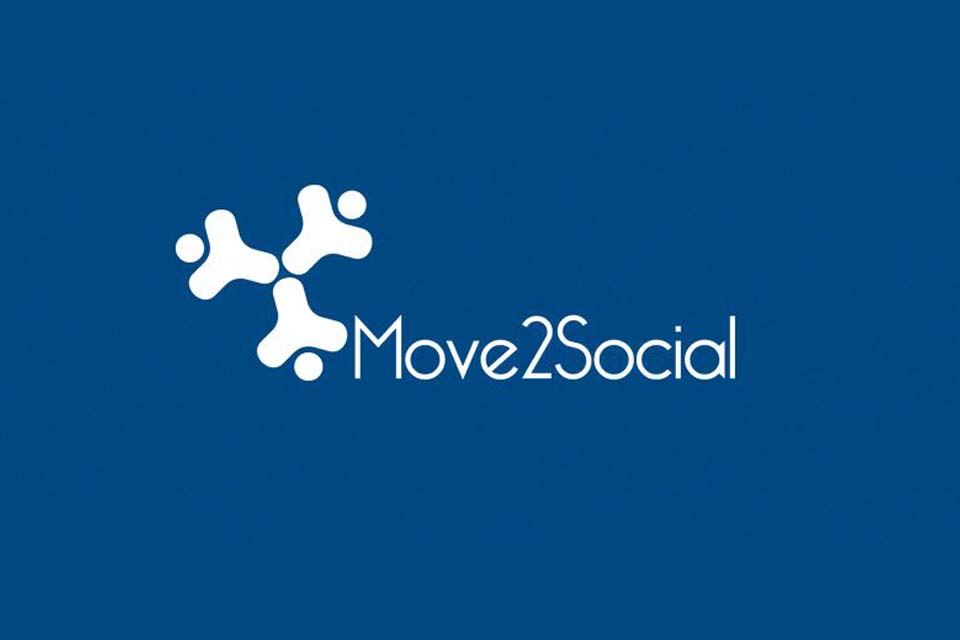 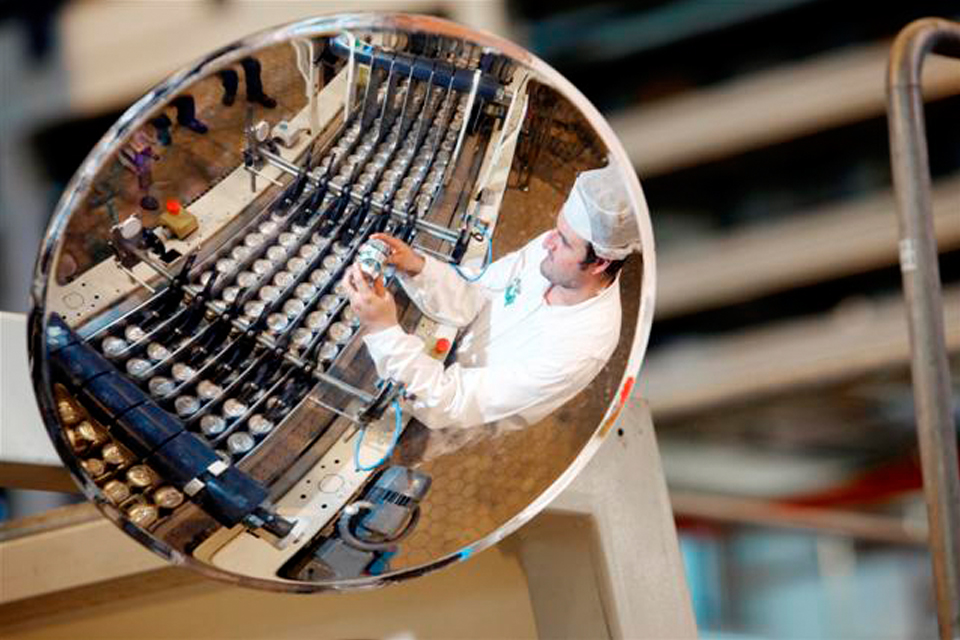 Grolsch feels responsible for offering its employees a safe workplace. This year, approximately 70 employees attended the annual Emergency Response (ER) Training, which consisted of a theoretical part and practical exercises. If necessary, our Emergency Response Team can take immediate action in the event of an emergency. Most Grolsch EROs work in a voluntary capacity. For Shift Team Leaders, Emergency Response is part of the job description, as is managing and guiding evacuations. In addition to this group of EROs, approximately 15 Grolsch and security employees have a First Aid certificate. If necessary, they can provide assistance in case of more serious injuries. This lets Grolsch ensure that there are always enough qualified people at hand who can provide first aid in a wide range of different situations. 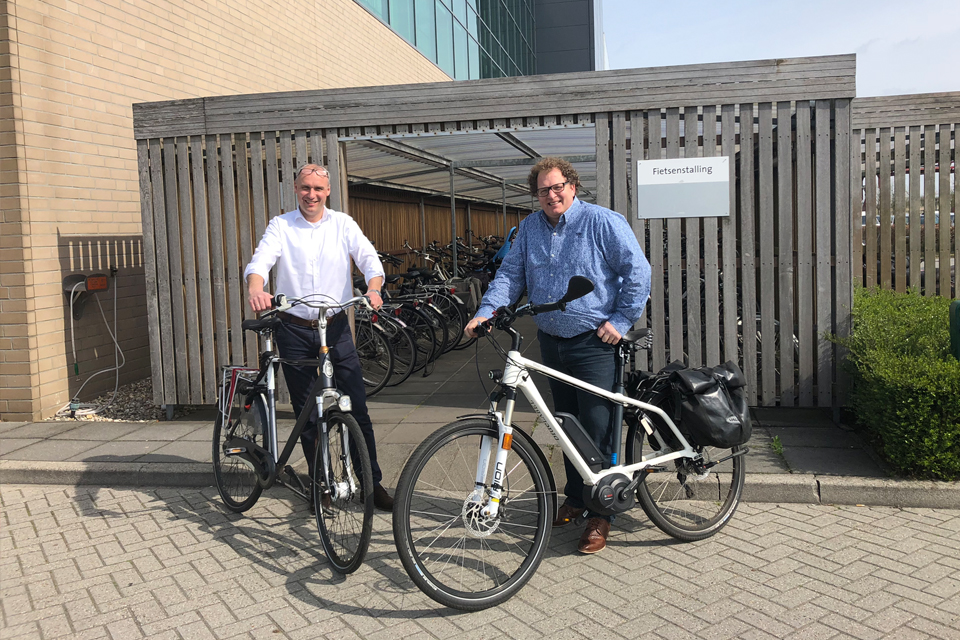 Everyone knows that getting on a bike is good for you, and it’s hardly breaking news that it’s good for the environment, too. Yet, most employees still take the car to work. To stimulate commuting by bike, Grolsch partnered up with Twente Mobiel to get its employees interested in electric bicycles. Employees were given the chance to ride an electric bike for a week, which they could try for their commute. A total of 20 employees took this opportunity, with several of them also opting to purchase an electric bike after the trial ended. 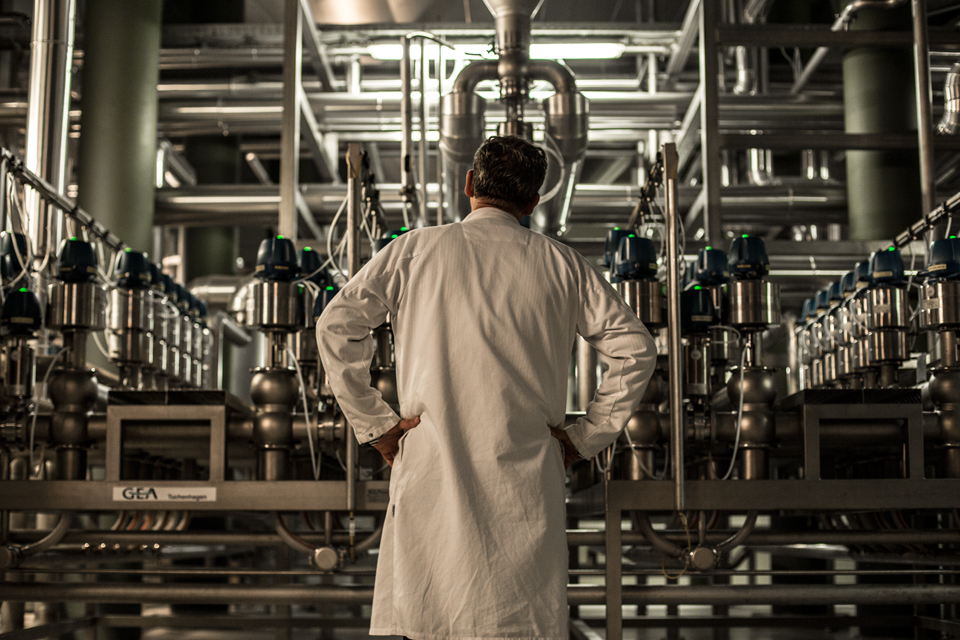 We want all our employees to be and stay fit and healthy, so it is important that they know how healthy and vital they truly are. To provide insight, Grolsch offers all its employees the opportunity to take part in a ‘Vitality checkup’, which maps out potential vitality risks. The checkup focuses on health, but also explores the other parts of the House of Work Ability, such as knowledge, skills, attitude, motivation and working conditions. Employees are given personalised advice & recommendations to help them stay fit, now and in the future. We offer employees a checkup once every 3 years. These checkups took place in 2018 and 2019 and are set to continue in 2020. 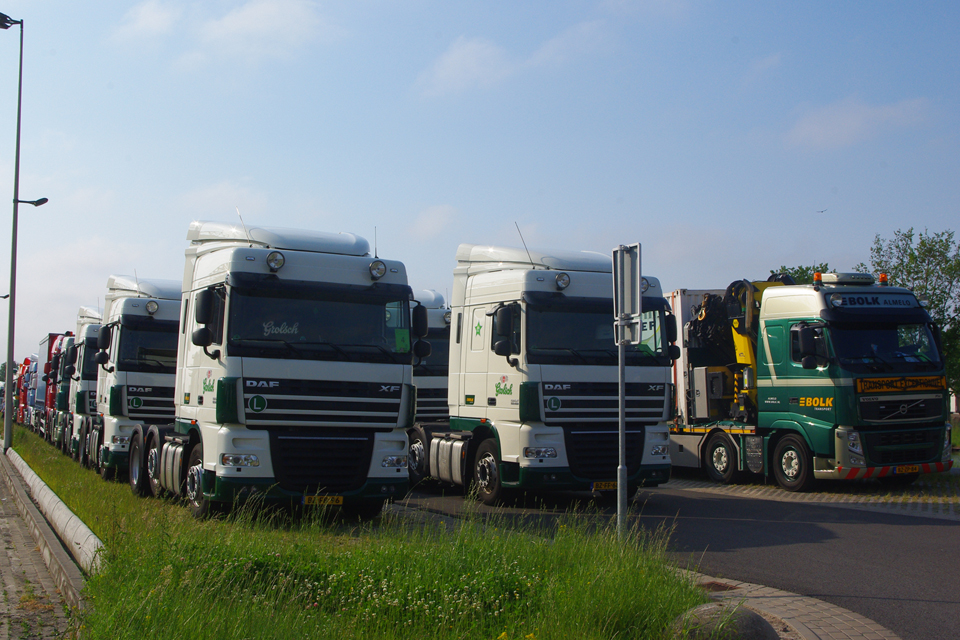 Grolsch trucks at the TruckRun

Grolsch trucks at the TruckRun

On 25 May 2019, the Twente Care Centres and Tukker Truckers organised the 28th edition of the TruckRun, which saw a total of 420 trucks drive right through Twente as a huge convoy, departing from the Grolsch Veste. The TruckRun is an annual event for people with intellectual disabilities, giving them the opportunity to ride along in a truck. This was the 15th time that Grolsch participated in the event, contributing 20 trucks along with our carriers Bolk Transport and Heisterkamp. 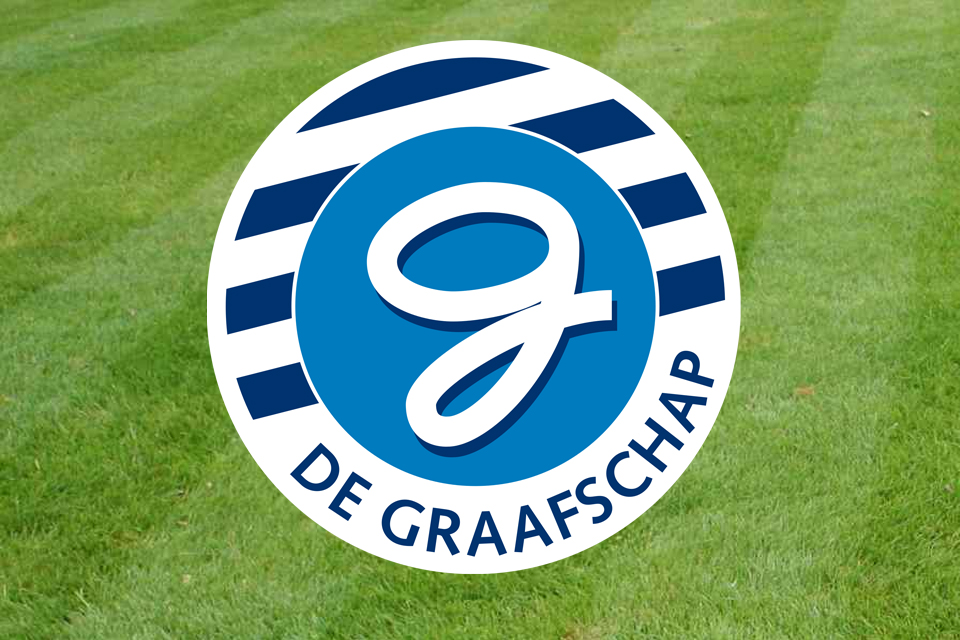 For some time now we have been making some of our Grolsch business seats in the stadiums of Go Ahead Eagles and De Graafschap available to supporters who are not mobile enough to come and watch a soccer match, due to a serious illness or an accident with lasting effects. The aim is to give these supporters a pleasant afternoon or evening. At De Graafschap, together with the club, we also make two VIP tickets available for every home game for extraordinary good 'noaberschap' (being a good neighbour). The tickets are intended for people who have shown themselves to be exemplary 'noabers' in the region. 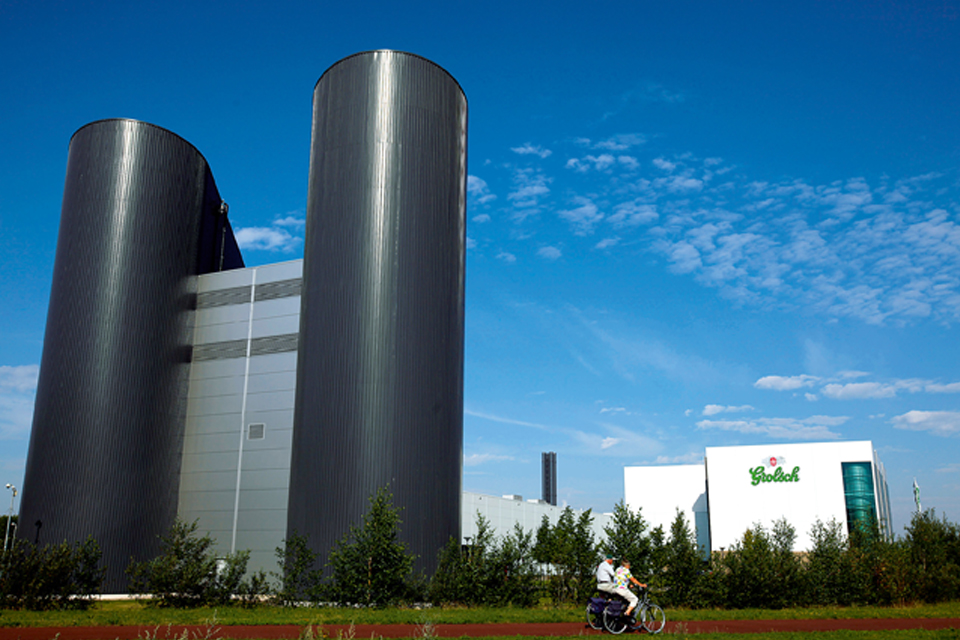 Being a good neighbour

Being a good neighbour

We have always been very involved in the region, and we’d like to keep it that way! We support various initiatives, associations and projects in the brewery’s direct surroundings. We also value our relationship with our neighbours, the residents of Usselo and Boekelo. We realise that our company has an impact on our surroundings, which is why we regularly inform locals about the latest developments. We let our neighbours know when we have scheduled maintenance, for instance, or when we expect odour nuisance. In 2019, the number of odour reports dropped by approximately 30% compared to the year before. We also meet with representatives from both villages twice a year. This is greatly appreciated and our relationship with local residents and stakeholders in Boekelo/Usselo is excellent. We always strive to be a good neighbour: after all, we couldn’t and wouldn’t ever do without the people around us! 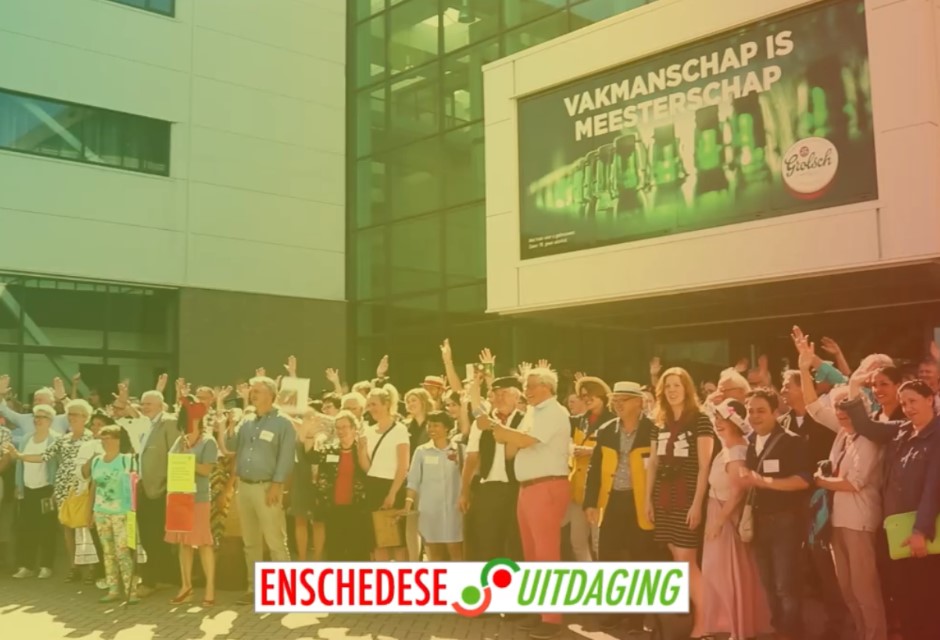 Grolsch is closely involved in the Enschedese Uitdaging (Enschede Challenge). We are part of the Match Group, in which we critically assess and process requests for assistance. As a sponsor, we also make a financial contribution to the Challenge, as well as facilitating various meetings for the organisation. In 2019, we helped organise the Loneliness Kick-off Meeting, as well as donating various items to the furniture bank, such as bar stools, showcases and a freezer. 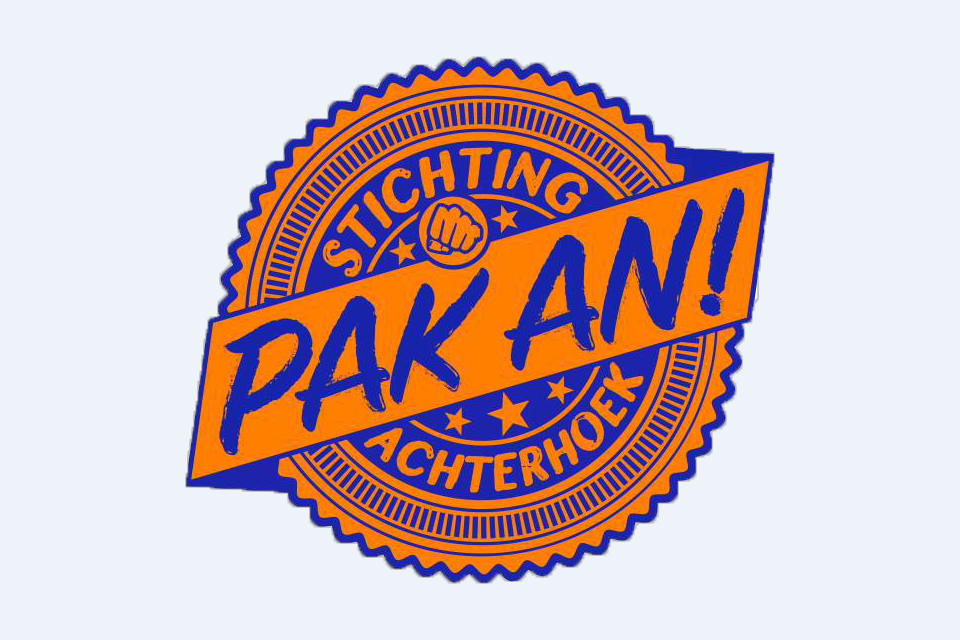 Making a change with Pak An!

Making a change with Pak An!

In the Achterhoek, the Pak An Foundation helps many a dream come true, such as the MVVA Girls’ Football Academy. Not to mention the recently published book celebrating De Graafschap and 65 years of club history, the development of guitar pickups, the Stadsboerin garden, a book church in Bredevoort or the Meer Muziek in de Klas project, which aimed to reintroduce music education to primary schools. De Feestfabriek (which organises the Zwarte Cross event, among others) and Grolsch joined forces to found the Pak An Foundation to support great ideas for the Achterhoek with advice, coaching, promotion and funds. Together, we want to make sure that this beautiful region remains a great place to live for every young person out there, from 18 to 80. In 2019, 108 plans were submitted, 55 of which are given further assistance by Pak An. On top of that, this initiative has spawned an entire network of organisations and people who help or work with Pak An. A great result, and one that gives us faith that we’re doing something right. 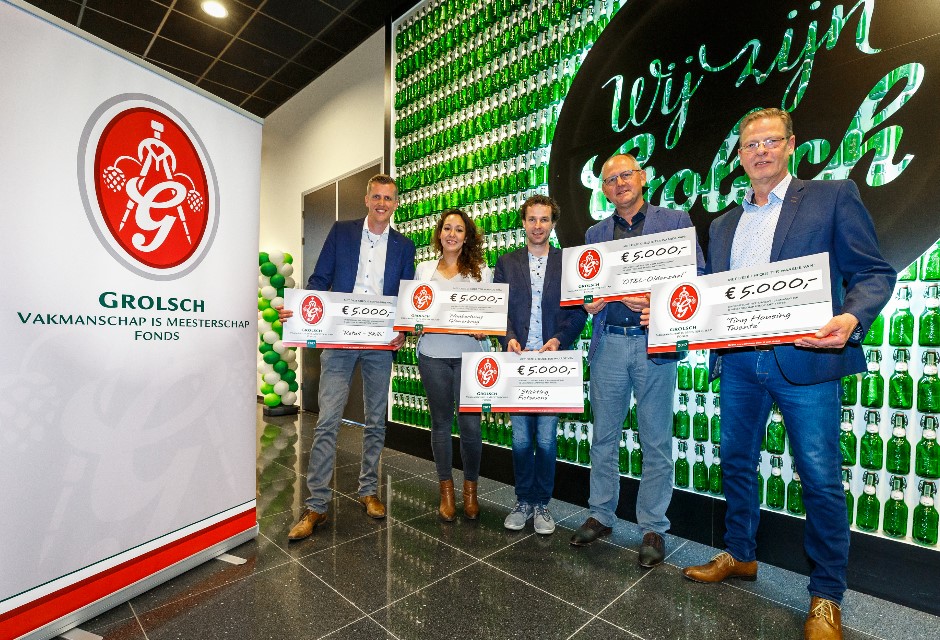 In May 2019, seven regional projects received funding from the Grolsch Craftsmanship is Mastery Fund: The ATV Bakery, Werkraat, Studio Vol Talent, UAS Challenge, Buurt en Mobiliteit (BEMO), Stokerij Twentse Ketels and Straw Blocks Systems. A total of 55 initiatives applied for funding in 2019. To be eligible, all projects and initiatives must be based in Twente or the Achterhoek and meet certain criteria related to entrepreneurship, innovation, sustainability and character. Ultimately, the funded projects turned out to be a great mix of social and economic initiatives, with Craftsmanship and Mastery playing a distinct and unique role in every case.